Printed 31 minutes in the past 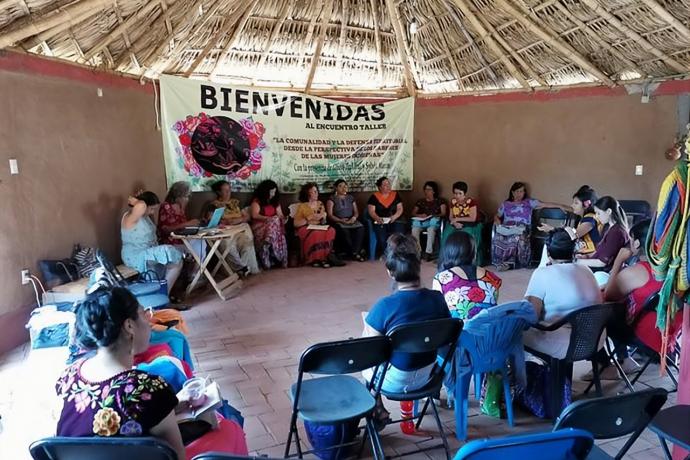 The Ray C. Anderson Basis is a non-public household basis that was launched in 2012 to have a good time the legacy of Ray C. Anderson (1934-2011), a globally identified industrialist turned environmentalist that was as soon as named the “Greenest CEO” by Fortune journal and a “Hero of the Surroundings” by TIME.

The Basis’s NextGen Committee is comprised of Ray’s 5 grandchildren and their spouses. Since 2014, the Committee has taken an lively function in perpetuating Ray’s legacy by investing in initiatives geared to make the world a greater place for “Tomorrow’s Youngster.” Over the previous eight years, the committee has funded greater than $500,000 in applications with focus starting from conservation and local weather change schooling, to city agriculture, agroforestry and now grassroots options to local weather change in Indigenous communities.

The NextGen Committee’s grant will permit Cultural Survival to direct the funds to Indigenous communities addressing local weather change on quite a lot of fronts, by means of 13 small grants awarded by means of the Keepers of the Earth Fund (KOEF).  Grantees will use the small grants to additional work that’s already taking place to guard Indigenous lands and forests, pursue authorized title to their lands, steward and transmit conventional information between elders and youth, and follow and promote conventional agricultural practices with the framework of agroecology and different place-based Indigenous options.

Keepers of the Earth Fund gives grants ranging between $500 and $5,000 that go on to grassroots Indigenous-led organizations and teams to help their self-designed improvement initiatives primarily based on Indigenous values.

“Cultural Survival has a singular ardour and skill to empower change for Indigenous communities which might be most instantly affected by local weather change,” stated Stephanie Lanier, chair of the NextGen Committee. “Their function in build up the people and letting their voices be heard tells an inspiring story of hope, ingenuity, and dedication to defending the land and people who reside on it. We’re proud to current this yr’s grant to a corporation with such ardour for locating multifaceted options all world wide.”

“We’re deeply honored and grateful to the NextGen Committee of the Ray C. Anderson Basis for this chance and for recognizing the necessity to put money into Indigenous management and Indigenous-led options. Indigenous Peoples maintain the solutions to right now’s challenges of local weather change, biodiversity safety, land stewardship, and a lot extra. Our voices as Indigenous leaders should be heard and upheld when taking up the local weather disaster regionally, nationally, and internationally, as our ancestral information paves the way in which to revive steadiness on the earth. Ray C. Anderson Basis acknowledges the worth and integrity of our management and conventional information, and we’re excited for this new partnership the place we are going to sort out local weather change collectively, ” says Galina Angarova (Buryat), Cultural Survival Govt Director.

Ray C. Anderson’s 5 grandchildren, together with their spouses, comprise the NextGen Committee. The Committee makes suggestions to the Board of Trustees for worthwhile grants and initiatives. Over the previous couple of years, the Committee has determined to focus its philanthropic efforts on applications that assist reverse international warming.

The core of Cultural Survival’s efforts rests on the ideas of supporting, amplifying efforts, and elevating consciousness of self-determination for Indigenous communities.

About Cultural Survival’s Keepers of the Earth Fund

Keepers of the Earth Fund (KOEF) is an Indigenous-led fund inside Cultural Survival that’s managed by Indigenous workers and designed to help Indigenous Peoples’ group improvement initiatives. KOEF gives small grants to grassroots Indigenous-led organizations, collectives, and conventional governments of their self-determined improvement initiatives primarily based on their Indigenous values. Furthermore, Cultural Survival makes use of a rights’-based method of their grantmaking methods to help grassroots Indigenous options by means of the equitable distribution of assets to Indigenous communities.

The Ray C. Anderson Basis was created in honor of the late Ray C. Anderson (1934-2011), founding father of Interface, Inc. Throughout his time at Interface, Ray championed the notion of companies doing effectively by doing good. It’s these noble qualities of advancing information and innovation round environmental stewardship and sustainability that acknowledged Ray as a pioneer in industrial ecology.

The aim of the Basis is to perpetuate these shared values and proceed the legacy that Ray left behind. By means of analysis and funding, the Basis goals to assist create a greater world for future generationsâ€”tomorrow’s youngster. Be part of us because the story of the Basis continues to unfold.